BATON ROUGE – LSU safety Grant Delpit, named the best defensive back in the country this season, is officially heading to the pros.

On Wednesday, Delpit announced on Twitter that he was forgoing his senior year to enter the 2020 NFL Draft. 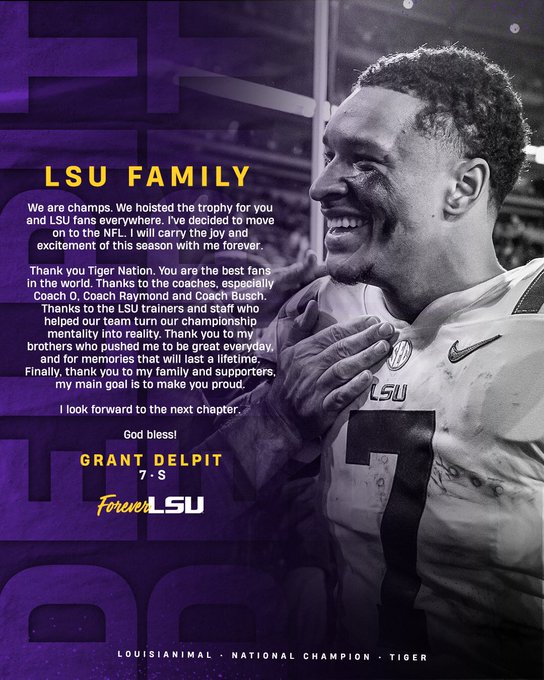 Shortly after Delpit’s announcement, linebacker Patrick Queen confirmed he too was heading to the draft. 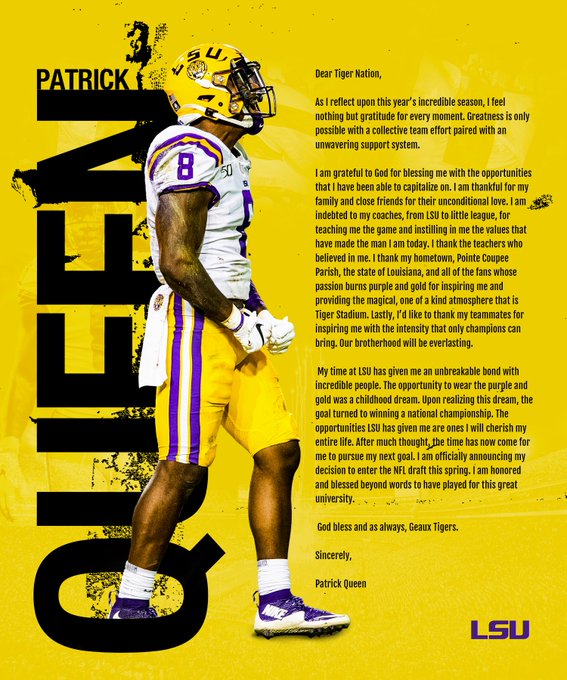 Center Lloyd Cushenberry also announced he was leaving for the NFL later that same afternoon. 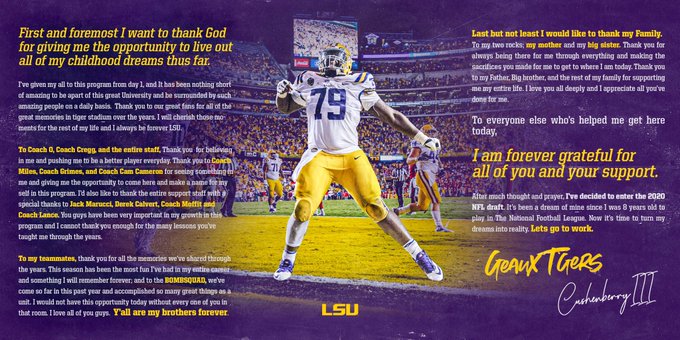